Many movie fans know that Karthi, who is one of the leading actors of Tamil cinema, made his debut with the movie “Baruthiveeran”. Karthi has won a special place in the hearts of fans in his very first film.

After the movie “Baruthiveeran”, Karthi acted in several films like “Airathil Oruvan”, “Baiya”, “Naan Mahaan Alla” and became an indispensable actor in Tamil cinema. Karthi was also the dream of young women. 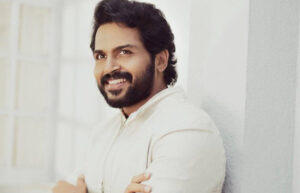 Karthi is one of those actors who chooses scripts very carefully. Even recently, Karthi’s performance in movies like “Ponniyin Selvan” and “Sardaar” have been praised by many.

Karthi worked as an assistant director under director Mani Ratnath before entering cinema. In a recent interview, Karti shared a funny incident that happened then.

Also Read: The director told the story of “Thunivu” to Ajith many years back… this is new!!

While working as an assistant director, Mani Ratnam went out one day during his lunch break. Karthi was the only one in the office at that time. So he was reclining comfortably in his chair with his legs stretched out on the table in front of him and was singing a Rajini song with his eyes closed.

Mani Ratnam is standing in front of Karti when his eyes widen. Karthi was shocked to see him. “What are you going to do?” Karthi was scared. Then Mani Ratnam glared at Karti and went to his room.