“Will you come to spoil his name?”… Mammootty bought the cameraman left right… so what happened??

The movie “Junior Senior” released in 2002 starring Mammootty, Hamsavardhan, Leena, Ramesh Khanna and Charlie. The film was directed by J. Suresh. D. Rajesh has done the cinematography for this film.

The entire shooting of the film took place in Malaysia. Then on the first day, they started shooting a scene where Mammootty was going to act. In it, Mammootty was filmed bowing down to a tall Buddha statue. Then the camera man was shooting the scene opposite Mammootty with the camera at a height equal to the height of his knock. “what happened? Suresh didn’t understand why he stared like this and sat down. But it was only known that Mammootty was very angry. Therefore none of the film crew was afraid to go near him.

However, director Suresh sat next to Mammootty and held his hand and asked, “What’s wrong sir?” He asked slowly. When he asked that, Mammootty asked after a few minutes of silence, “Who is the camera man?” He asked. To which Suresh told the name of the camera man and said that he was the assistant of PC Sriram. Mammootty continued, “Do you know how to keep the camera angle? Where is the goddess? Tell me” he asked. The camera man said, “God, it’s above, sir.” 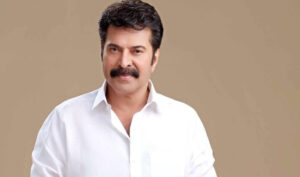 “Then if you shoot a deity looking up and bowing, basically don’t push the camera up. “If you are standing at the same height as me, doesn’t that mean you don’t know cinema?” he scolded.

Who’s Responsible to Secure this Data?

When SaaS applications started growing in popularity, it...

3DFX Voodoo 5 6000 in prototype version – the card is available for purchase...