Windows Terminal is the new app for Windows 10 and 11 that serves as a central hub for several command-line Windows components, including PowerShell, CMD.EXE (carried over from the MS-DOS days), and the Windows Subsystem for Linux. It left beta last year, but Microsoft has continued to offer Preview versions with the latest and greatest features for anyone to try out. Windows Terminal Preview 1.9 was released in May, and now test builds of 1.10 are available as 1.9 rolls out in the stable channel.

This update includes several visual changes, including support for bold text in the text render (with a setting coming soon to configure the functionality), a new ‘Defaults’ page in the Settings that applies settings to all profiles, and a system tray icon for any quake mode windows. Microsoft has also added a button for opening the Command palette to the primary dropdown menu (located next to your tabs). Besides the design updates, this release has a new language preference setting (instead of only using the default Windows system language), an option to create new keyboard shortcuts, and the ability to close tabs by index. Microsoft has also squashed a few bugs, such as an issue where closing tabs and opening the settings UI caused the Terminal to crash. 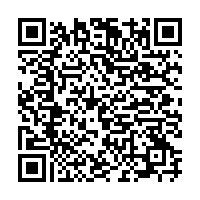 Microsoft is abandoning its efforts to deliver feature updates to Windows Server twice a year. The practice began alongside Windows 10, so it...

STR to play the main role in the sequel of offbeat comedy film! –...