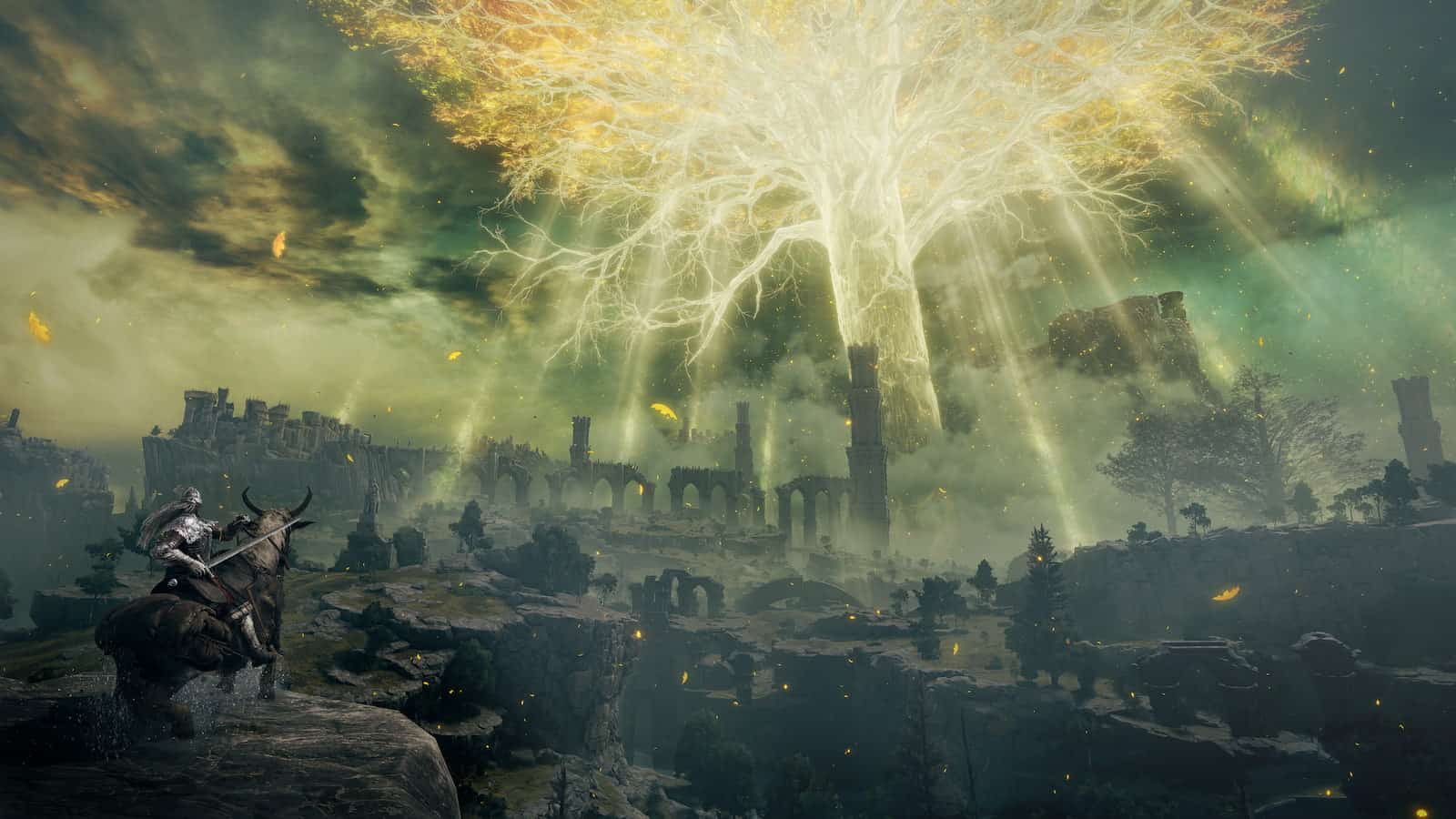 If you and your friends have been eagerly awaiting Elden Ring, rejoice, because it looks like you’ll be able to enjoy the game together through co-op gameplay.

Throngs of fans finally got their wish yesterday when Elden Ring received an official gameplay trailer at Summer Game Fest 2021. The trailer had a lot to show off, but it turns out Bandai Namco had even more to share. Today (or sometime yesterday after the game’s trailer reveal) the landing page for the game went live.

On it you can find all sorts of juicy tidbits about Elden Ring. Enough to make you salivate. And co-op gameplay is just one of the details that is sure to light a fire for fans who are waiting to jump into the world of Elden Ring.

It’s not entirely clear how co-op or online play are going to work in Elden Ring. But it will be there. The game’s landing page specifically states that players will be able to traverse the world and explore its many secrets and wonders “on foot or on horseback,” and “alone or online.”

This confirms that Elden Ring will follow in the footsteps of previous Dark Souls games which have also incorporated online gameplay features. Taking this into consideration, it’s possible that Elden Ring’s online gameplay will either be similar to or the same as the Souls titles that featured it. Which means you may not actually get to link up with friends and traverse the world together like you would in say, Borderlands 3.

But it can’t be ruled out that it may be different too. Either way, players are surely going to be excited at the notion of getting co-op features, if the co-op in Elden Ring takes on that more traditional role.

Co-op gameplay aside, it isn’t surprising to see the level of excitement that fans have displayed over the last 24 hours. Elden Ring was first announced back at E3 2019 and there’s been literally nothing about it since then. Until yesterday’s trailer reveal.

So fans are understandably elated at any new details, let alone a gameplay trailer and an official release date. The only downer is that the trailer reveal makes you realize one sad fact.

That fans will probably get to experience the story of Elden Ring before fans of a Song of Ice and Fire get to read the latest book in the series. Which George R.R. Martin has been writing for probably close to a decade.

If you want to find out more about Elden Ring, you can check out the landing page linked above. There may also be additional details from Bandai Namco at its showcase during E3. You can find out how to watch E3 in this handy guide we cooked up, which has the full schedule.

Pokémon Unite is down for scheduled maintenance