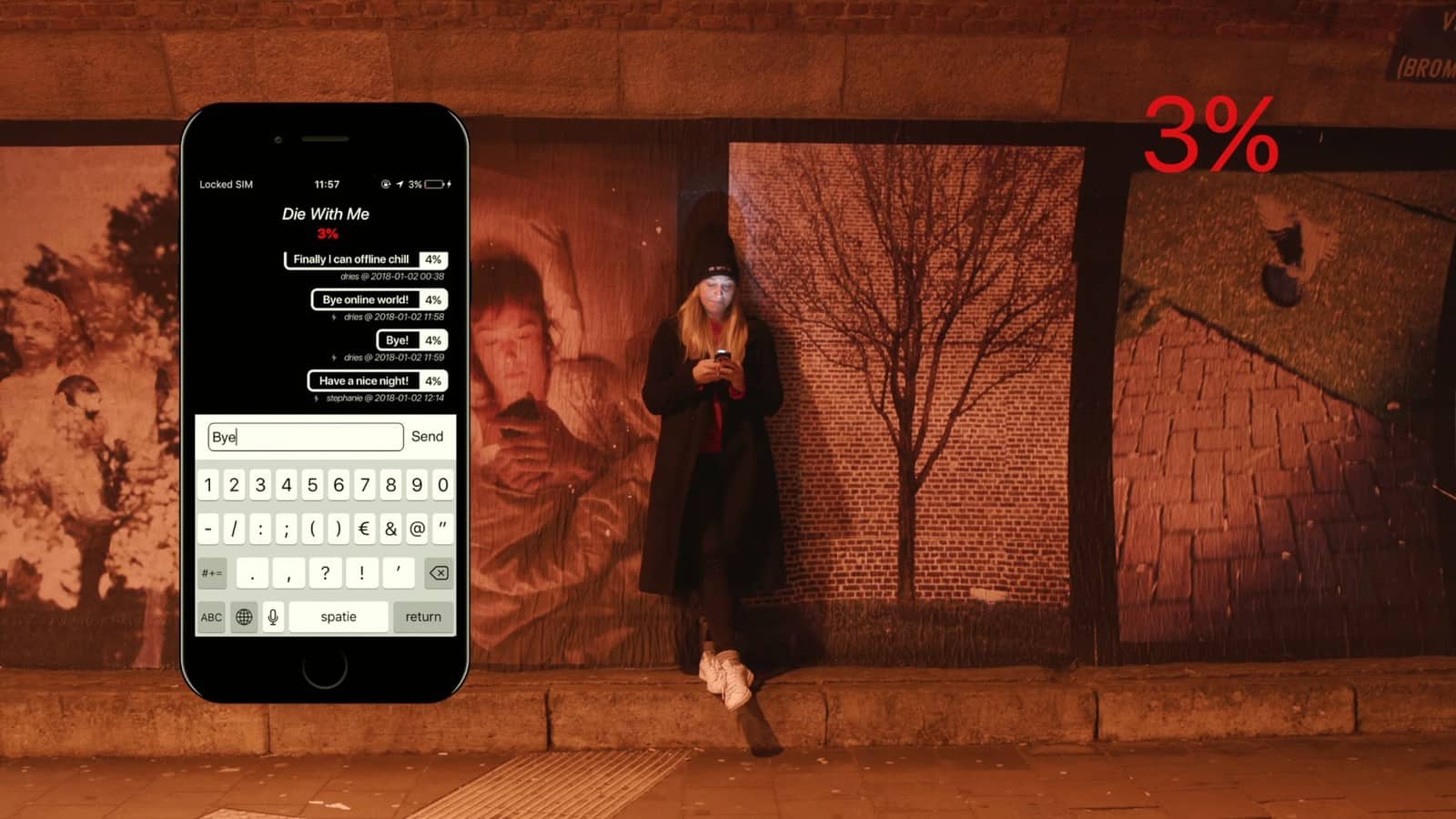 
The Google Play Store is home to all sorts of odd apps, and I’ve stumbled upon something like that recently. The app in question is called ‘Die With Me’, and it’s a chat app, believe it or not.

So, what’s the catch? Well, you can use this app only if you have less than 5% of battery charge left. The app won’t allow you to use it if you have more. It’s a really interesting limitation and approach to chatting, that’s for sure.

If you’re in a limited company with less than 5% battery charge left on your phone, the app will throw you in a chatroom with people who have the same “problem”. That way, you can run out of battery together.

Once that happens, you’ll see a chatroom with a black background, and some white accents. The app tries to conserve battery with such a design, as it’s using AMOLED black background.

Your battery charge will be highlighted at the top of the display, while battery charge from other people will be shown when they send a message. The UI is extremely simple, and yet it looks nice and does what it’s supposed to.

You can even choose what language you want to chat in. There are Chinese, English, French, Arabic, and Spanish on offer inside the app. That’s basically it, that’s the app’s only purpose, and it’s an interesting one.

The app is not free, though

Now, it is worth noting that this app is not free. The app will set you back $0.99 if you decide to use it. On top of that, you can opt for some in-app purchases to be thrown to a server where people with more battery charge are having a conversation. It’s also worth noting that the app received quite a few negative reviews in the Play Store, it’s currently holding a 3.1-star rating.

Some people are complaining about bugs, while others have a gripe with microtransactions. The main bug that seems to be plaguing the app is that some people can’t even open it. The thing is, some of these reviews are quite old, so the app may work well for you. Either way, it’s worth trying out, if you’d like to have a conversation with some new people who are low on battery just like you are.

Die With Me (Google Play Store)

Amazon Is Looking for a Digital Currency Lead, But Bitcoin Payments for Orders...

As businesses around the world warm up to the idea of accepting cryptocurrencies as a mode of payment, it seems like e-commerce giant Amazon could also...