Yuzvendra Chahal will face Viswanathan Anand in a game of chess.© AFP


Yuzvendra Chahal and Viswanathan Anand have something in common, which is their love of chess. The Indian grandmaster will play a series of exhibition matches against some famous personalities in India on June 13. It is being done to raise funds for COVID-19 relief work in India. The former world chess champion will be up against the likes of Chahal, Ritiesh Deshmukh, Aamir Khan, Arijit Singh, Ananya Birla and Manu Kumar Jain. Chahal revealed the news to his fans via Instagram. The Indian spinner shared a story posted by wife Dhanashree Verma, where she had updated her fans about the development and applauded her husband. 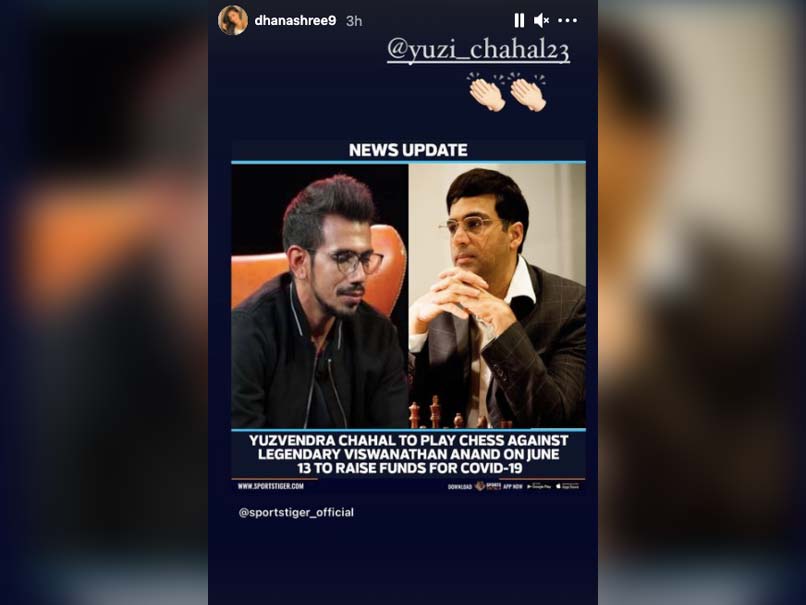 Anand also spoke to his fans on Twitter via a video and broke the news to them. He also wrote that he is “Looking forward to playing some exciting chess” with his upcoming opponents.

Chahal is known to have been a chess player during his younger days and had participated in national tournaments. He also represented India at the World Youth Chess Championship.

He recently married Dhanashree in December 2020. The couple have been keeping their fans updated about their life through their respective Instagram accounts.

Chahal was last seen in action in the Indian Premier League (IPL) 2021, which was postponed midway through the season due to a rise in COVID-19 cases.

IPL 2021 is set to resume again in the September-October window in the United Arab Emirates (UAE).

Even IPL 2020 was held in the UAE due to the coronavirus situation in India, and it had a successful completion.