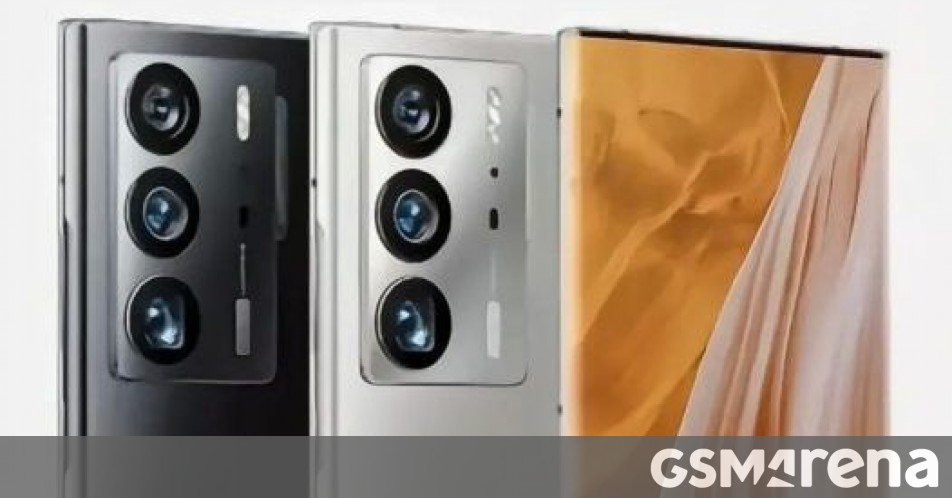 
Next week ZTE is introducing the latest Axon series, the Axon 40, with three models expected: the vanilla Axon 40, as well as the Axon 40 Pro and Axon 40 Ultra. We’ve seen the Ultra before photographed in a live image from the front, but today thanks to a Chinese retailer’s listing of the upcoming device, we get to see its back too, via the official-looking image below.

Clearly it looks like a high-end smartphone released in 2022, and what takes it to the next level is the latest-gen under-display selfie camera, which you can’t see with the naked eye. ZTE was a pioneer in the under-display camera space so it makes sense that it would keep innovating and outdoing itself in that regard with every new release.

The back has three huge camera sensors, which are all going to be 64 MP. They will also all have 8K video capture support. Not just that, but rumor has it the main and ultrawide will use the exact same sensor.

The Axon 40 Ultra’s QHD+ screen has a ‘waterfall’ curve to it on both sides, and incredibly tiny top and bottom bezels, while the back glass curves in a similar fashion – which only leaves room for a tiny aluminum frame. The aesthetic is definitely pleasing, that’s for sure.

According to previous rumors, the Snapdragon 8 Gen 1 will be unsurprisingly powering the Axon 40 Ultra, paired with up to 16GB of RAM and 512GB of UFS 3.1 storage, while the battery capacity could be 5,000 mAh with 65W fast charging support.

The Colourful and Healthy Addition to Your Plate- HealthifyMe

Radicchio is a leaf vegetable with vibrant reddish-purple leaves and white veins. The vegetable is often mistaken for red cabbage but is a...